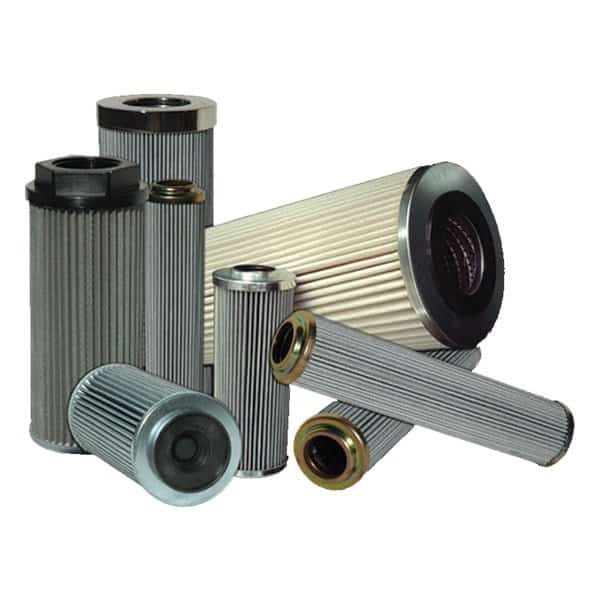 micrometer (1 millionth of a meter). It is used like the inch, foot, centimeter and millimeter to measure length, width or diameter of objects. Its scientific notation is μ or μm. One inch is 25,400 microns.

Some comparative sizes from largest to smallest are:

A filter rated “10 micron” has some capability to capture particles as small as 10 micron. However, when you see a filter marked “10 micron”, you do not know exactly what this means unless you also have a description of the test methods and standards used to determine the filter rating. The results from the different test methods may not be comparable as their methodology varies greatly.

The two most popular reported media ratings are a nominal micron rating (50%) and an absolute micron rating (98.7%). A nominal rating usually means the filter’s media can capture a given percentage of particles of a stated size. For example, a filter might be said to have a nominal rating of 50% for particles 10 micrometers in size or larger. An absolute micron rating can be determined by single-pass or multi-pass testing and is usually obtained by passing a test fluid containing particles of a known size through a small, flat sheet of filter media. Any particles that pass through the media measured and compared to the amount of particles in the unfiltered fluid.  An absolute rating is also expressed as a percentage of the size of particles captured.

A test procedure called multi-pass testing, or Beta ratio testing (β), is a universally accepted test method that yields readily comparable test results. Multi-pass testing has been recognized by SAE (Society of Automotive Engineers SAE J1858), ISO (International Organization of Standardization ISO 4548-12, lube oil and ISO16889, hydraulic or fuel), ANSI (American National Standards Institute) and NFPA (National Fluid Power Association).
From upstream and downstream measurements, a Beta ratio is formulated by dividing the number of particles of a particular size in the upstream flow by the number of particles of the same size in the downstream flow.  Beta ratios are written as “Bx = Y”, where X is the micron size and Y is the Beta Ratio, for example B10 = 75.

To translate the Beta ratio into easy-to-understand information, subtract 1 from the original ratio and divide that answer by the original ratio. This answer represents the efficiency of the media at the specified particle size.

For example, B10=75, take the Beta ratio of 75, subtract 1 from it and divide that answer by the original ratio of 75, or 75 – 1 = 74 ÷ 75 = 98.66% efficient at removing 10-micrometer or micron size particles.
This formula is used to translate any Beta ratio into a percent efficiency at removing the size of particle tested.  Both equations state the same information in two different ways and are both accepted by the industry.

Multi-pass testing provides an accurate, universally accepted, comparable test method to describe the efficiency of a media’s ability to remove certain size contaminants. It can also determine the total contaminant holding capacity of the filter as well as some of its differential pressure capabilities. Its use eliminates the inaccuracies and confusion caused by the use of “micron ratings”.